Is the Keto Diet Really Good for Your Brain?

This is unprecedented in human history. Never before has so much refined sugar been so readily available to so many people. And it is taking a toll on our health. 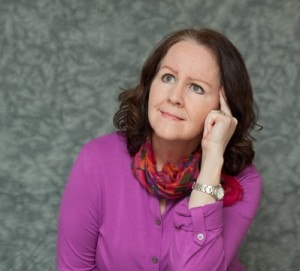 Most Americans have sugar with breakfast, lunch, and dinner, then also indulge in sugary snacks between meals.

You may be thinking, “hold on there, I don’t eat sugar with all of my meals!”

Well you may be right, but it is important to remember that all carbohydrates are ultimately metabolised into sugar. Whether it is a bagel, a french fry, or a candy bar, it’s all sugar.

All of this excess sugar consumption has altered the fundamental metabolism of our bodies. In the past, people would occasionally eat large amounts of sugar in the summer and fall when harvests were abundant with carbohydrate rich plants, but there would also be more austere times in the winter and spring where carbohydrates were more scarce and proteins and fats were more abundant.

God equipped our bodies to deal with these times of austerity by giving us the ability to use multiple forms of energy, including our own body fat!

When dietary intake of glucose is low, certain cells like muscle cells, are able to utilize body fat as an energy source. This puts the body in a state of ketosis. A diet that promotes ketosis is called a ketogenic diet.

There is, however, another interesting benefit of ketogenic diets that you may not be aware of.

They are good for your brain!

Ketosis and the Brain

Unlike the muscles in the body, the brain cannot directly use fat for energy. But it can use somehting called ketones. Ketone bodies are produced by the liver when glucose levels are low. These ketones are then released into the blood where they make their way to the brain.

Ketones are able to provide up to 70% of the brain’s energy needs! There are parts of the brain that need glucose to function fully but the liver has this under control as well.

Through a process called gluconeogenesis, the liver can utilize protein to synthesize the glucose necessary to keep the brain functioning even when no dietary glucose is present.

History of the Ketogenic Diet

The ketogenic diet was officially developed in 1921 as a treatment for drug-resistant childhood epilepsy. It was known that fasting (which leads to ketosis) could curb the incidence of children’s seizures, but researchers knew that this was not a viable long term solution.

So Dr. Russell Wilder developed the ketogenic diet to mimic the effects of fasting without starving the children he was treating. His diet was extreme and consisted of 90% fat.

Wilder had great success with the diet, reducing seizures in half of his patients by up to 77%! The diet was largely abandoned, however, when new anticonvulsant therapies emerged.

But that was not the end of the therapeutic use of the ketogenic diet.

Alzheimer’s disease is a form of dementia that is becoming increasingly common in aging individuals. The disease is characterized by the development of plaques in the brain which cause memory loss.

Many specialists and researchers are beginning to refer to Alzheimer’s as “type 3 diabetes.” This is because in Alzheimer’s patients the brain cells become insulin resistant and are no longer able to properly utilize glucose for energy which leads to inflammation and the formation of plaque.

It is theorized that this insulin resistance in the brain cells has one fundamental causative factor: chronically elevated insulin levels.

As cells bare continually inundated with more sugar than they know what to do with, they become less and less sensitive to sugar until they are no longer able to recognize it as a viable fuel source.

Yet even though these brain cells are unable to use glucose for energy, they are still usually able to process ketones. That is why ketogenic diets and ketone generating foods such as MCT oil are becoming more common in the treatment and management of Alzheimer’s patients.

The brain-boosting benefits of ketosis are not limited to those with Epilepsy or Alzheimer’s. Even people with healthy brains can find benefits from adopting a ketogenic diet.

People who adopt a ketogenic diet report an increase in focus, clarity, memory, and motivation.

Historically, deep states of ketosis would be reached during episodes of famine when there is danger of starvation. The cognitive enhancement associated with ketosis is designed to allow us to be more vigilant and effective at obtaining new food sources in times of scarcity.

The Keto Diet is Good for Your Brain

High sugar diets can cause insulin resistance and inflammation in the brain and lead to the development of brain diseases such as Alzheimer’s.

There is strong evidence that for those with Alzheimer’s and Epilepsy, a ketogenic diet can be considerably beneficial.

And for those with healthy brains ketosis can help improve cognitive function.

If you want to obtain these brain boosting benefits, and lose weight to boot, you can use the modified ketogenic diet recommended by Dr. Don Colbert in his Slender System program. Sign up for FREE today!