Why You Can Still Eat Coconut Oil

Do you eat coconut oil?

In the past few years, this tropical superfood has become a darling of health conscious consumers. It has been touted as an alternative for everything from skin moisturizer to coffee creamer. 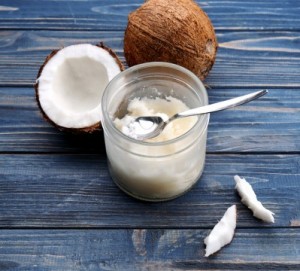 Most notably, however, has been its recommendation by many nutritionists as an ideal cooking oil due to it’s high smoke point and favorable fatty acid profile.

This means that more and more people are looking for coconut oil to replace rancid and toxic oils like canola, safflower, corn, and soy. These oils are much cheaper than coconut and the production of some are even subsidized by the U.S. government.

As the word gets out that these oils are harmful to health, processed food manufacturers, GMO seed producers, and industrial farmers are beginning to lose money.

That’s where the American Heart Association steps in.

In June of 2017 the American Heart Association (AHA) released an advisory report using outdated science to advise against the consumption of coconut oil. If that wasn’t crazy enough, the report went on to recommend the use of inflammatory vegetable and seed oils.

As a government organization, you would hope that the AHA would be unbiased and scientific in their recommendations. Unfortunately, this turns out to be quite far from the reality of the situation.

The AHA is sponsored by the manufacturers of the highly processed seed and vegetable oils such as The Canola Oil Council. Members of this council actually sit on the board of the AHA!

To top it off, the executive leading the AHA’s campaign against coconut oil used to be in charge of marketing for fast food chains like KFC. With all of this in mind, the AHA’s guidelines look a lot more biased.

But what about the science? Can the AHA actually back up their claims?

The Science of Heart Disease

The AHA’s report basically ignores every scientific study past 1973.

Here are just a couple of recent studies completely debunking the AHA’s claims:

The American Journal of Clinical Nutrition published a meta-analysis in 2010 that looked at 21 different studies in which 347,747 subjects were followed, 11,006 of whom developed cardiovascular disease or strokes.

The researchers’ concluded that “Intake of saturated fat was not associated with an increased risk of cardiovascular heart disease, stroke, or cardiovascular disease… Consideration of age, sex, and study quality did not change the results.”

Then there is a 2017 “landmark systematic review and meta-analysis from observational studies” from the British Medical Journal that “found no association between saturated fat and coronary heart disease, ischaemic stroke, or type two diabetes in healthy adults.”

In fact, the researchers state in the report that “despite popular belief among doctors and the public, the conceptual model of dietary saturated fat clogging a pipe is just plain wrong.”

Wow. It seems like the AHA should have done a little bit more research.

With all this information proving that saturated fat is in fact not the driver of heart disease, does that mean you can eat as much of it as you want?

Although saturated fats like coconut oil and grass-fed butter can be an important and nutritious part of a healthy diet, we still need to be mindful of the context in which it is eaten.

If you add considerable amounts of saturated fats to a diet that is high in processed food and refined carbohydrates such as grains and baked goods then you are setting yourself up for disaster.

Saturated fat is most healthy when consumed with a relatively low carbohydrate diet that is rich in phytonutrients and antioxidants from fruits and vegetables. High fat diets are also more appropriate in colder climates and during the winter months when carbohydrates would have traditionally been less available.

So if you think you can just add coconut oil to your diet while still consuming large amounts of sugar and starch, then you are sadly mistaken.

If you want to get some of the benefits of coconut oil without the taste and calories, then try Dr. Colbert’s Maximum MCT Oil capsules.